They come, they go, but one thing is certain: There are always some films on YouTube worth watching. Some of them are great, some are well-known, and many are not. And quite a few are simply so bad they’re brilliant. Here are some we’ve picked out from across genres and decades for your enjoyment. And best of all, they’re all free.

There’s a whole galaxy of sci-fi on YouTube. Let’s blast off with the black and white silent epic Metropolis (1927). Set in a divided future city, it features a female replicant and inspired many later movies, such as Blade Runner (1982).

If you’re looking for something less intellectually taxing, check out This Island Earth (1955). It’s a lot of star-bound, rubber alien monster fun. For something a bit creepier, the original version of Invasion of the Body Snatchers (1956) retains its full paranoia-inducing powers after all these years. 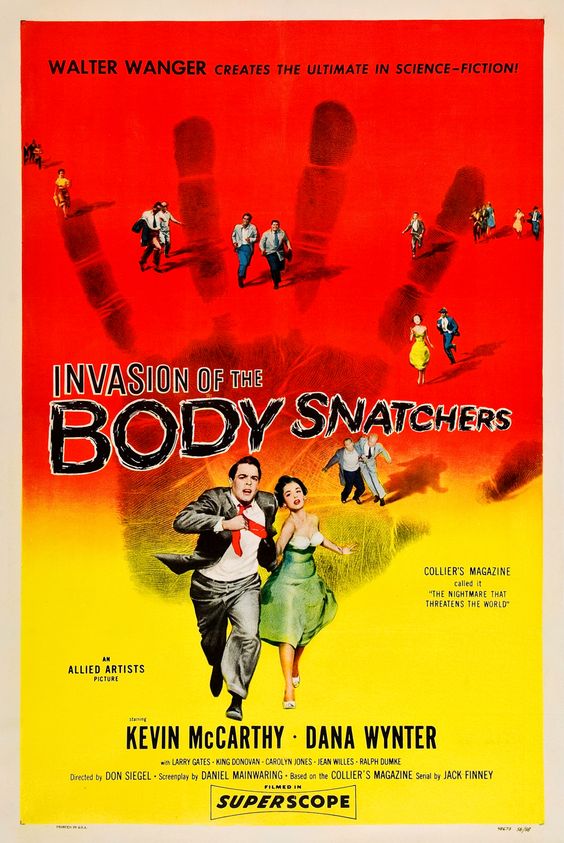 Moving a little further into the future, Buck Rogers in the 25th Century (1979) shows us what life will be like in 400 years – basically the 70s in space. A much more serious anime cyberpunk classic is Akira (1988), set in Neo-Tokyo after World War Three. 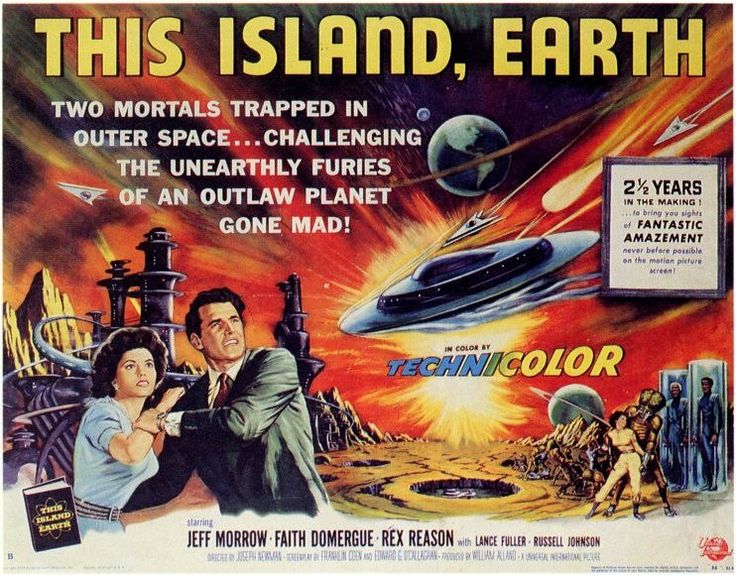 And speaking terminal world war, The Day After (1983) is a must-see if you love depressing yourself with the consequences of nuclear Armageddon. It’s always relevant!

A re-imagining of the late 1980s and the build-up to a superpower war that (thankfully) never happened is the subject of the superb pseudo-documentary World War Three (1998).

Referencing another war entirely, one seminal sci-fi movie that tackles men’s worst attitudes toward women is The Stepford Wives (1975).

Dune (1984) was an ambitious attempt at getting Frank Herbert’s epic desert planet space opera onto the big screen, and the three-hour movie by David Lynch sort of does the job, with some dubious help from Sting.

Leviathan (1989) stars Robocop’s Peter Weller, in an uneven shot at moving The Thing (1982) into the ocean depths, while Apollo 18 (2011) is a great little found-footage flick that tells the “true” story of why NASA never went back to the moon.

If you prefer a walk on the dark side, there’s plenty to satisfy on YouTube — Starting with one of the first (and to my mind still one of the best) vampire flicks, the black and white silent Nosferatu (1922). 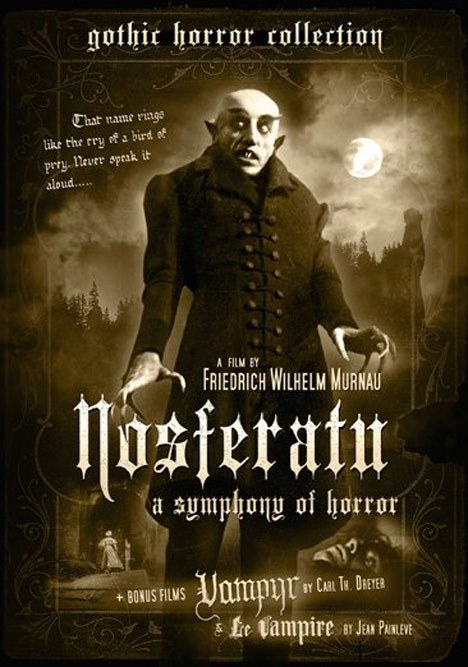 Nosferatu the Vamprye (1979) is another great shot at the Dracula story, this time by Werner Herzog, and starring the mad, bad, and dangerous-to-know Klaus Kinski.

If the living dead are more appealing than their blood-sucking cousins, gorge yourself on all three key George Romero classics: The Night Of The Living Dead (1968), Dawn Of The Dead (1978) and Day of the Dead (1985). And just for good measure, you can enjoy Romero’s own vampire movie, Martin (1976), too. 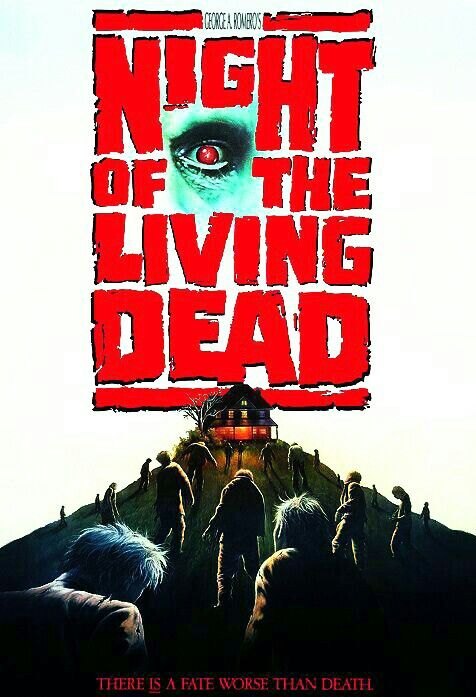 God Told Me To (1976) is a little-known genre gem from schlock-meister Larry Cohen, who also directed The Stuff (1985), a tongue-in-cheek and entertaining critique of consumerism, dressed up as a horror movie.

Sleepaway Camp (1984) is actually one of the most effective and original teens-in-trouble slashers, and for those of you with a very short attention span Trilogy Of Terror (1975) contains three short shockers in one neat little movie.

Spielberg’s very early Duel (1971) about a never-seen malevolent truck driver is possibly better-described as a chase movie than a horror movie.

Meanwhile, down under and way out in the outback, Peter Weir’s The Long Weekend (1978) is a savage look at what can happen to nasty yuppies who don’t respect nature.

The Antichrist – and worse

A little silly, perhaps, but The Omen (1976) is a classic with a great cast, all trying to battle the advent of the Antichrist. More low-key, but quietly creepy, is Horror Hotel (1960) starring the ever-suave Christopher Lee, in a tale of satanic witchcraft.

Witches are also the subject of a very different movie, Inferno (1980) by Italian horror genius Dario Argento. The Evil (1978) is a far less artful but still enjoyable hellhouse romp.

A far more serious and intriguing movie, Triangle (2009) is a film that plays with your expectations in a big way. There’s also much more to the all-to-realistic Kill List (2011) than initially meets the eye. A little slow for some, too brutal for others, it’s one of my personal favorites.

The western may be a neglected genre in Hollywood right now, but several classics and obscure movies survive on YouTube, including the classy spaghetti shoot-up A Fistful of Dollars (1964) and its sequel For a Few Dollars More (1965), both starring a youthful Clint Eastwood. The nastily enjoyable Django (1966) – so much better than the Tarantino travesty – is also available, as are most of its rather substandard sequels.

So far the list is a little light on comedy. To help remedy that oversight, I can thoroughly recommend Kung Fury (2015), a wondrous mash-up of 80s action and sci-fi movies all served up in little over half an hour. Just take a look at Conan the Barbarian (1982) for a reminder of how movies used to be in that decade – when they got it right.

And where would we be without the comedic genius of Monty Python? The controversial and brilliant religious satire Life of Brian (1979) and medieval gag-a-minute Monty Python and the Holy Grail (1975) are both classics from the famous comedy troupe. Another movie that gets a lot of acerbic sniggers from a serious source is Dogma (1999).

The best of the worst

Although made with serious intentions, the following movies might also make you laugh out loud, too – but for all the wrong reasons.

The king of bad movies has to be Plan 9 from Outer Space (1959). Ed Wood’s low-budget tour de force about an alien invasion that uses zombies as a secret weapon (as they fly around in paper plate UFOs) is widely acknowledged as the worst of the worst.

If bad is your bag, you should also check out the very strange Glen or Glenda (1953), Wood’s surprising take on transsexuality, based vaguely on his own life as a crossdresser.

Bringing us up-to-date in the god-awfulness stakes is The Room (2003), a movie celebrated for its dreadfulness, now receiving more attention thanks to The Disaster Artist (2017), which dramatizes the incredible story of how it was made.

We’ve gathered together the good, the bad (but never the indifferent) for your viewing pleasure, and we hope you enjoy this as much as we enjoyed compiling this list. Once you’ve seen these 40, come back and see what else we’ve unearthed online!