Ten-hour music videos are the BEST! 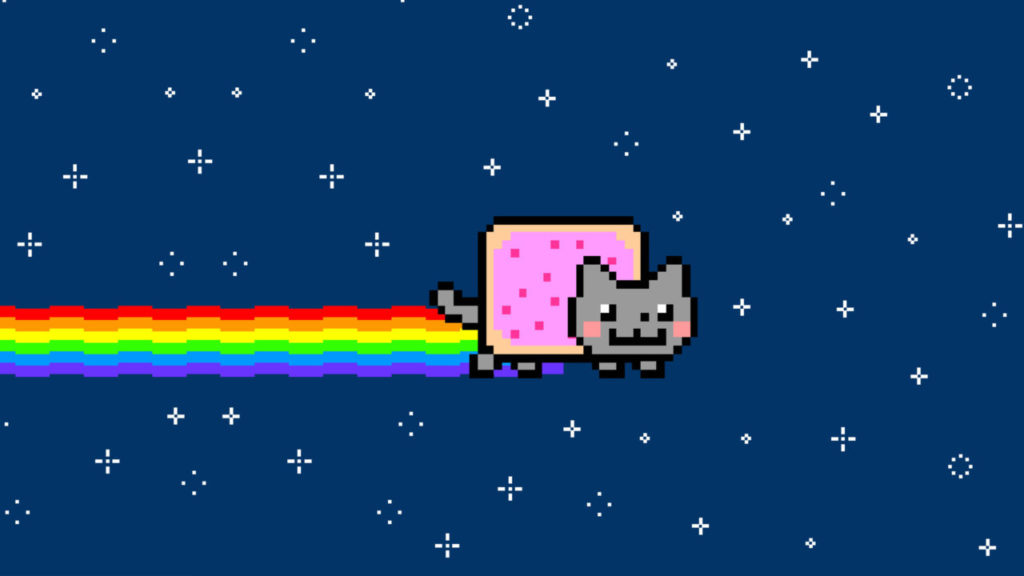 Aside from being exciting, relaxing, and inspiring, these works of pure art  can make your working life just a little bit brighter. We personally survived the first year of college by listening to “What is Love” and He-Man’s “Heyeayea” for hours on end during homework and study sessions! No joke.

On a more technical note: many high-achievers have come to realize that listening to one song on repeat can help audiophiles retain calm and focus during long periods of mental work, with less distraction.

If you’re ready to get your jam while getting stuff done…let’s get to it!

“Heyeayea” may have just 19 million views compared to Nyan Cat’s 83 million, but it still tops the list! Because who hasn’t wanted to see He-Man sing a souped-up, low-quality, high-octane cover of “What’s Up” by 4 Non Blondes? Nobody, that’s who!

We’re not even joking when we say: this video holds an un-ironic place in our hearts.

A good 10-hour video doesn’t need a great video to go alongside, but sometimes you get a gem like this!  The repeating clip comes from this “Saturday Night Live” Roxbury Guys sketch, in which Chris Kattan, Jim Carey, and Will Farrell go on a-rockin’ car ride.

If you like a good head-banger, guess what? You’ll have company over the entire 10 hours…with short breaks for Carey and Short yelling.

“Something’s wrong with the CD!” “What the hell is going on?! Just… *blows*” (Continue jammin’)

How? HOW? How is this video reigning supreme?

Sitting at a whopping 83 MILLION views, Nyan Cat easily defends its title from all comers. The next closest video is a 10-hour rainstorm, at 57 mil.

Aw yeah! The epic sax guy hip-thrust his way into our hearts (okay, ew) and he’s still soothing us with his wonderful instrument to this day.

You have a choice here: while the music may be the same, the epic sax music comes with either a video of Gandalf bobbing his head (our personal pick) or the original sax guy dancing onstage. The choice is yours. Choose wisely.

Before we started searching for the best 10-hour music videos, we hadn’t heard of Ali-A. We sure have now!

Ali-A plays Fortnite on Youtube, and though he may not have the popularity of Ninja, we’re going to give his channel a shot after hearing this awesome mix.

Fortnite rap battle features some of the game’s biggest stars

If you haven’t watched Rick and Morty, you gotta, broh!

While one of the more adult animated shows on Adult Swim (Cartoon Network’s mature channel), the show has become wwell-knownfor both good and bad reasons. Let’s focus on one the good: Evil Morty’s theme!

The troll song is an internet sensation that led to such hilarious videos as Trolling Saruman (violence warning at the end).

In the video, Eduard Khill sings “Trololo”, a strange song performed so well and with such classy conviction that you may find yourself experiencing numerous feelings at once: joy, laughter,  or even a disquieting sense of unease about the fact that Khill creates such wonderful sounds while barely moving his mouth.

Nintendo makes some of the best music!

The Wii menu theme song was created for soothing ambience, and their success has continued far past the success of the Wii gaming system itself.

Why not finish writing an entire novel? Code a whole game? Finish designing a few Mii’s for Wii Sports? With this music playing in the background, time spent working will fly by.

While not our personal favorite, Dance Till You’re Dead has great potential!

Unlike many of the other songs on this list, the music combines an exciting video with upbeat, epic music. It’s driving, it’s powerful, it’s nonstop… it’s got a dog wagging its tail to the beat.

Your eyes have not deceived you: this has 12 million views!

We first encountered “Ra Ra Rasputin” on Just Dance, and it’s never failed to get us moving since. Let’s turn the Funk up to 11!

But seriously: this amped version of Boney M.‘s masterpiece will work great for anyone that doesn’t mind lyrics and can resist watching a marvel of animation.

Next time you sit down to work, sit down with this bass-embellished version of a crabby patty classic.

If this list hasn’t become eclectic enough, here’s one more crazy, zany video with some of our favorite music!

Finale: All Those Nature Ones!

You may be wondering: why nature at the bottom? Because, frankly, there are so many 10-hour videos that fit in this section. Also, they can only be called “music” with a slightly liberal interpretation of the word.

But hey, the sound of nature is also drop-dead beautiful, so why not?

(And before we go…a few honorable mentions…)